We are  a new church meeting in the heart of Blackpool, gathering people from across the Fylde coast. Our desire is to see a grace filled, loving church come into life, where people are friends across all ages and backgrounds. A community where relationships are more than superficial and you know people really love you. We want to see the transforming work of Christ in all walks of life, equipping and releasing our people to serve one another as well as their communities. We want to be a church that loves Jesus and is passionate about His fame, His glory and His presence; longing to meet with Him not just on a Sunday, but every day. We belong to Christ Central, part of the Newfrontiers family with hundreds of churches world wide.

Why not join us? 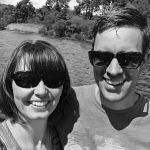 Ben is married to Jen and they have three young lively children. Ben, Jen and their family lived in Lancaster until spring 2016 when they moved to their Blackpool home. They were part of the original core team that started City Church in Lancaster and Ben was on the Eldership team before being sent out to start Christ Church.  As well as a mum and looking after the Read family Jen works out of a local hospital as a nurse where she has been for a number of years, caring for children in the local community.  Ben loves preaching and leading but out side of these he is an electrician and spends much of his time with his hands.

Ben currently leads a church plant core team made up of Julian and Matt.  This team regularly meets together to plan, pray and govern the church plant. 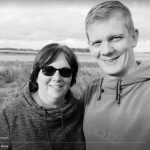 Julian is married to Andrea, he is an academic, working in IT for a major university.  Andrea is part of our wider leadership team, she works out of a local hospital in the field of children’s physiotherapy and together they have two wonderful boys and a loveable dog called Rafi.  God call him and his family to Blackpool over ten years ago, where there have been many up and downs.  But through it all they have see the faithfulness of Christ, to them and His Church.

Matt grew up in Rugby and came to Lancaster University to study.  While in Lancaster he was a member of City Church where he met Ben and Jen. He felt God call him to be part of starting a new church with them in Blackpool and as a result he moved in 2015.  Matt is a passionate musician and leads the worship team at CCB, he enjoys to write, sing and perform with his guitar whenever he gets the opportunity.  He is also a youth leader and loves the family feel of Christ Church and is excited to be used by Jesus in our town.

We believe the Church is to a community where we have real authentic relationship. One way to build strong, Christ-centered relationships is through our small groups. Small Groups are vitally important to the foundation of our church and culture.  Small groups are where the life of Christ Church really happens. We currently have two groups, are you in one? if not why don’t you find one to be part of?

If you want to be part of one you can ask on Sunday or contact us and ask. 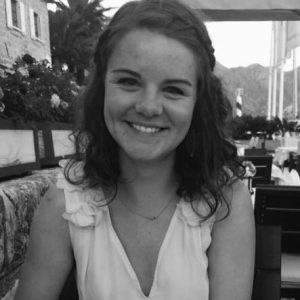 Miriam moved to Blackpool to join the church plant in August 2016 after finishing her Social Work Masters at Lancaster University. She was part of City Church Lancaster where she met Ben and Jen and grasped the vision for Blackpool. Miriam is originally from Yorkshire, but has lived all over and settled in Blackpool to see and take part in what God is going to do in this town!

Yasmin is originally from London but moved to Lancaster in 2012 to study Mathematics for four years. In her second year God spoke clearly to Yasmin to follow Ben and Jen and be a part of the church plant in Blackpool. Yasmin currently works in a school in Blackpool. She loves the community feel of a sea-side town but not so much the wind and is excited to see how God will move during her time here.